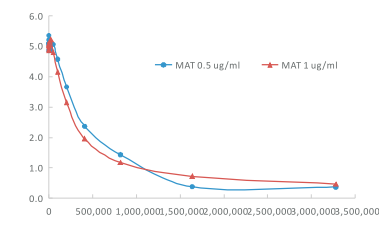 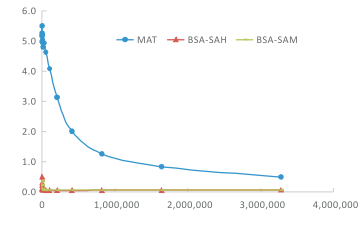 The use of PA00401 or Pa00402 in the following applications has been tested. The application notes include recommended starting dilutions. Optimal dilutions/concentrations should be determined by the end user. The product can be used in other applications such as IHC, Immunoprecipitation etc.

Except for parasites that rely on host for living, cells from all organisms have methionine adenyltransferase (MAT, EC2.5.1.6), also known as S-adenosylmethionine synthetase.   MAT genes have been found to be exceptionally conserved throughout evolution. It was reported that there is 59% homology between human and E. coli MAT gene sequences. In mammals, three forms or isozymes of MAT have been identified that are encoded by three MAT genes. The MAT1a gene encodes al catalytic subunit. MAT-I is a tetramer of al subunits and MAT-III a dimer of the same subunits. Both MAT-I and MAT-III are present in adult liver cells. MAT-II is a heterotetramer formed by MAT2a encoding the catalytic subunit of a2 and MAT2b gene encoding regulatory 6 subunit, present in cells other than liver, embryonic liver and hepatoma cells. MAT catalytic reaction in the body is divided into two steps:

(1) Catalyze L- methionine (L-Met) and adenosine triphosphate (ATP) to generate S-adenosylmethionine (known as the active methionine, SAM) and tripolyphosphate (PPPi). Both SAM and PPPi remain on the surface of MAT at this stage.

(2)The phosphatase activity of MAT further decompose  PPPi to dimeric phosphoric acid (PPi) and inorganic monophosphate (Pi).  SAM  can only be synthesized  by MAT.  SAM  is one of the few sulfur-containing active substances that carry extre mely diverse and important biological functions in nature and is the key molecules in the methionine cycle.